Local meter readers facing rise in dog incidents   - Cairns dog owners are being urged to make sure their pets are secured after a Queensland meter reader was bitten by a Pit Bull that jumped a fence. ...
Morrison ministries 'no laughing matter' - Prime Minister Anthony Albanese has chastised his predecessor for making light of secretly taking on five portfolios during the pandemic.
Pedestrian hit by car at Port Douglas - A man in his 30s has been airlifted to Cairns after he was hit by a car at Port Douglas. He suffered serious arm injuries in the incident on the c ...
Stolen car witness appeal, Tully - Police are appealing for witnesses to a stolen car that was driven on the Bruce Highway at Tully. On Wednesday, between 6.50am to 7.15am, the silv ...
Panthers clinch NRL minor premiership - An understrength Penrith have secured their second NRL minor premiership in three years with a thrilling 26-22 defeat of red-hot South Sydney at Accor ...
Jobless rate falls to 3.4 per cent - The unemployment rate has dropped to 3.4 per cent, its lowest rate in 48 years.
Man arrested over NSW teen's 1998 death - A man has been arrested in Queensland over the alleged murder of a teenage boy in inner Sydney 24 years ago who was injured in a fire that led to his ...
Man charged over Cairns building site theft - A man has been charged after allegedly breaking into a Cairns building site twice. It's alleged the 33-year-old stole a large amount of copper wir ...
NRL not rushed as grand final call looms - The NRL insists the late call on hosting rights for the 2022 grand final won't hurt crowd numbers after a decision on the venue was pushed back again.
No reason why ministries kept secret: GG - Governor-General David Hurley says he had no reason to believe the decision by former prime minister Scott Morrison to swear himself into multiple min ...

Looking for love? A pet will help your chances If you’re looking for love, it seems pets make you more attractive to potential partners.

According to a recent survey from Aussie dating site eharmony, one in two Aussies say they’re more attracted to a person who owns a pet, especially if it’s the same type of pet as they own themselves.

And if it’s a rescue rather than bought from a pet shop, that's even better.

You should also put your pet in your profile picture for some added swoon. You’ve got to have the right type of pet though - the most attractive animals for a new love match are dogs, cats, birds and rabbits. If you own a dog or cat, you’re seen as dependable, loyal, affectionate and smart.

But crocodiles, snakes and rats are a real turn-off. (Seriously, who has a pet crocodile...apart form maybe Robert Irwin?) The majority of respondents associate cold-blooded pets, and their owners, with traits like rudeness, shallowness and selfishness.

Nearly three-quarters of people surveyed think pets contribute to a healthy relationship. Which makes sense when you think that pets are associated with high levels of affection and empathy, which are key ingredients for sustaining relationships.

eharmony psychologist Sharon Draper said it was particularly interesting that the majority of those surveyed felt how someone treats their pet is a strong indicator of how they would be in a relationship.

"At eharmony, we know that compatible matches are the secret to long-term relationship success and pets can be a great indicator of this. Beyond that, more than three-quarters of participants said pet ownership signified a person’s ability to handle commitment," Sharon said.

It’s not surprising either that nearly three-quarters of pet owners say it’s extremely important for a potential partner to get on with their four-legged friend. 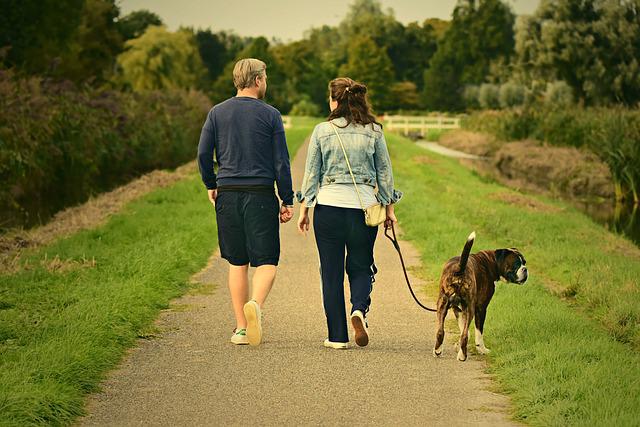 But not everyone agreed that pets are a sure-fire way to attract a partner. About a third of respondents said pets can make relationships harder because of issues like fighting over pet training or whether the dog is allowed to sleep in bed.

"These challenges that our furry friends pose to our relationships can also be seen as an opportunity to check-in regarding your values and see if you’re on the same page," Sharon said.

And if you’re not both on the same page?

Time to send that love interest to the doghouse before they get too comfy. And then invite your dog onto the sofa for some cuddles!