Body Of Little Boy Found On Mini Bus In Edmonton - Police are investigating the death of a three-year-old boy in Edmonton on Tuesday. His body was found on a mini-bus parked out the front of a school ...
Michelle Bridges guilty of drink-driving - The "powerful" success of Michelle Bridges' weight loss program and a line from Shakespeare have been invoked as the TV personality and pers ...
Seibold to look at Broncos' new NRL spine - Brisbane coach Anthony Seibold will get a good look at his new spine after naming a strong line-up for Saturday's NRL trial against North Queensland.
Govt offers $2m for coronavirus research - Australian researchers trying to develop a vaccine for coronavirus can share in a $2 million federal fund designed to speed up the work.
Five virus tests for Aussie ship evacuees - The Australians preparing to be evacuated from a coronavirus-hit cruise ship in Japan will be tested for the illness five times before bunkering down ...
Wage thieves could face naming and shaming - Attorney-General Christian Porter has sent a warning to corporate Australia after Coles became the latest major company embroiled in an underpayment s ...
Singapore Airlines cuts flights over virus - Singapore Airlines Ltd will temporarily cut flights across its global network in the three months to May, it says, as a coronavirus epidemic hits dema ...
Japan plans HIV drug trial for coronavirus - Japan plans to trial HIV medications to treat patients infected with coronavirus as the growing number of cases poses an increasing threat to the coun ...
Coles $20m underpayment hit mars H1 result - Coles is the latest major retailer to fess up to underpaying staff, with the company expecting a $20 million hit after managers at its supermarkets an ...
Serious Crash, Port Douglas - A motorcyclist has been seriously injured in a crash involving a car at Port Douglas. The two collided on the Captain Cook Highway at 1.37PM on Tue ... 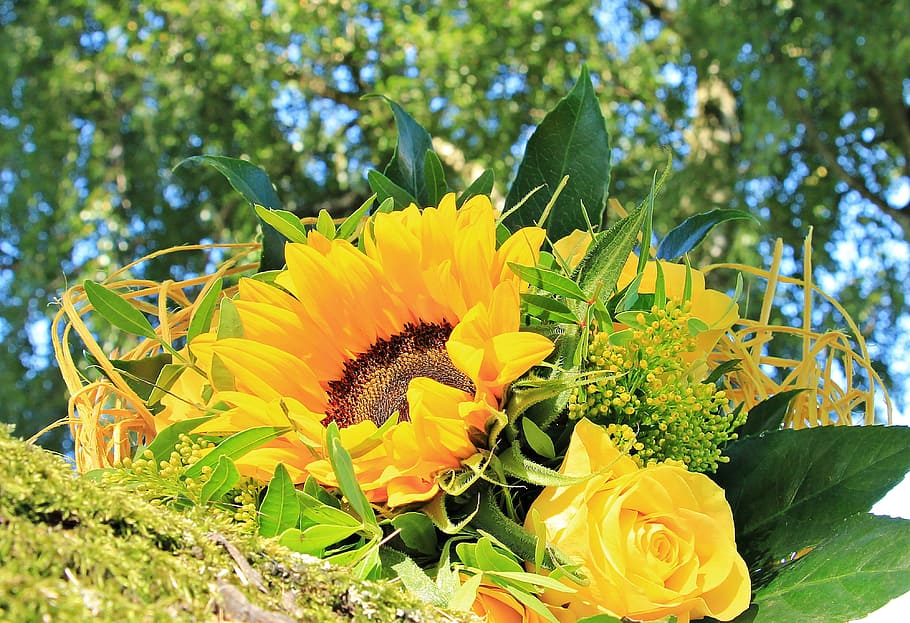 Toyah Cordingley's favourite, the Sunflower, was copied onto a series of bumper stickers which have been purchased worldwide.  Image Credit: CC0

A man who spearheaded a campaign to find justice for Toyah Cordingley, has won an Australia Day Award.

For more than 30 years Wayne (Prong) Trimble has dedicated his life to volunteering and fundraising efforts in the Far North and now he has been awarded a Lifetime Achievement Award.

In 1990, Wayne opened a motorcycle repair shop in Cairns and it was here, through his interactions with customers, many of whom became friends, that he became aware of the multitude of people in need throughout the community.

He was responsible for the first “Poker” run from the Northern Beaches to Port Douglas, a fundraising initiative that involved riders paying a fee to participate with added fundraising and donations collected along the way.

The basic formula, with some adjustments, remains in place today.

Prong remains involved in 15 to 20 fundraisers, and in the past three decades has contributed to a variety of causes from cancer fundraisers and toy runs, to helping Vietnam veterans and lifesaving clubs. He has also raised funds for organisations such as YAPS, PCYC and the Variety Club of Australia, to name just a few.

More recently, he has driven an awareness campaign seeking justice for Toyah Cordingley (pictured below), who was murdered in October 2018 at Wangetti Beach.

A close friend of Toyah’s family, he organised the Wangetti Walk that attracted 500 people, who combed the Wangetti Beach shoreline to search for clues into the 24-year-old woman’s murder.

He also initiated and spearheaded the highly successful Toyah sticker campaign, which resulted in the printing of 400,000 stickers.

A fundraising ride/drive from Ellis Beach to Port Douglas and back to Wangetti Beach, which resulted in a five-kilometre convoy that included about 260 bikes and 130 cars, was also one Wayne’s initiatives.

With the help of about 150 volunteers, Wayne was responsible for refurbishing Toyah’s car, which was then presented to her stepbrother, Jack.

A year after her death, Wayne was a driving force behind the Toyah’s Memorial Stone at Wangetti Beach.