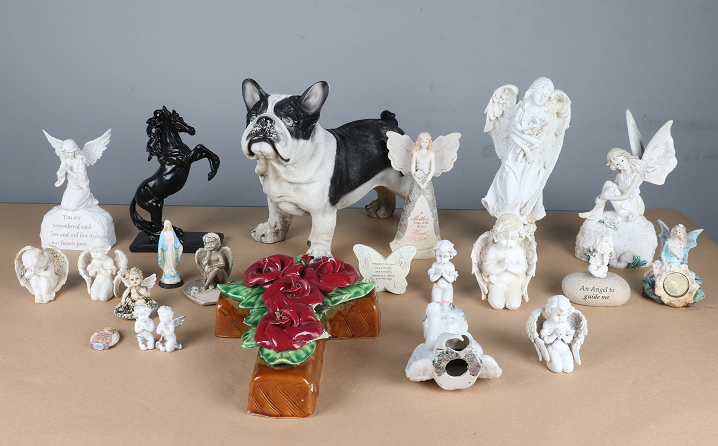 A woman has been charged over the thefts of statues from the Manunda Cemetery.

Police were notified of the crime after a mother noticed a statue missing from her son’s grave.

The mother then saw the statue advertised for sale on a local social media marketplace.

Inquiries with caretakers at the cemetery revealed several other statues were also missing from graves.

Police executed a search warrant at an Anderson Road address on September 17 where they located the statue from the son’s grave along with other suspected stolen statues, cannabis plants and drug utensils.

A 48-year-old woman was charged with three counts of stealing, and one count each of producing dangerous drugs and possession of drug utensils.

She was issued with a notice to appear at the Cairns Magistrates Court on October 18.

Police are now seeking to identify the owners of the recovered statues and urge anyone with information to contact Policelink.