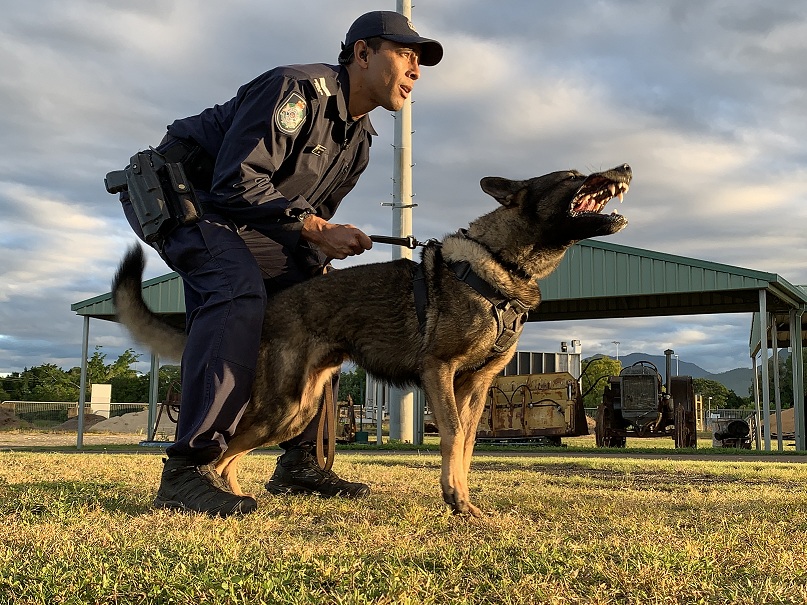 Police arrested and charged two teenage boys Saturday 28 June after they allegedly attempted to gain entry to a Mooroobool residence.

Police will allege a 17-year-old Edmonton boy and a 16-year-old Hermit Park boy were disrupted by residents when attempting to gain entry to a Strathmore Court house.

When disturbed, the boys immediately fled on foot.

A short time later officers from the Far North District Tactical Crime Squad attended the location and established a cordon before Police Dog Ziggy and his handler arrived and quickly got to work.

After tracking for more than 30 minutes in the pitch black through thick scrub, up the side of a hill and through numerous backyards PD Ziggy successfully located one of the boys hiding in a Mooroobool backyard.

PD Ziggy also managed to locate abandoned clothing that was used during the attempted break.

With the assistance of PD Ziggy, police arrested both the teenagers before charging the 17-year-old boy with one count of trespass and the 16-year-old with one count each of trespass, possessing a housebreaking instrument and receiving tainted property.