Rallies claim virus a 'scam' as rules ease - Hundreds of demonstrators in Australia's largest capitals have defied social-distancing rules, claiming the COVID-19 pandemic is a "scam".
US officer on murder charge over Floyd - The white Minneapolis police officer who pressed his knee into George Floyd's neck has been arrested and charged with murder, as authorities impose ov ...
Labor wants housing plan to support jobs - Federal Labor is urging the Morrison government to pursue a housing stimulus plan to support the construction sector, which is "about to fall off ...
US 'terminating' relationship with WHO - With new US economic numbers highlighting the rough road ahead for a hoped-for rebound, President Donald Trump has taken aim at the World Health Organ ...
SA teens allegedly stole, drove taxi 200km - Three South Australian teenagers allegedly hit a taxi driver over the head with a wine bottle before stealing his car and driving it for 200km.
Man arrested over Melbourne CBD stabbing - A man has been arrested after the stabbing of another man in Melbourne's CBD.
Twitter disclaimer on Trump's Floyd tweet - Twitter has accused President Donald Trump of "glorifying violence", attaching a disclaimer to one of his tweets about unrest in Minneapolis ...
Zookeeper attacked by two lions in NSW - A female zookeeper has been critically injured when she was mauled by two lions inside an enclosure on the NSW South Coast.
JobKeeper deadline splits senior ministers - Peter Dutton has broken ranks by raising the prospect of extending JobKeeper wage subsidies beyond their September expiry date.
Police investigate death of 12-year-old boy, Mooroobool - Detectives are Detectives are investigating the sudden death of a 12-year-old boy at Mooroobool overnight. Around 6.18pm on Thursday, police and em ... 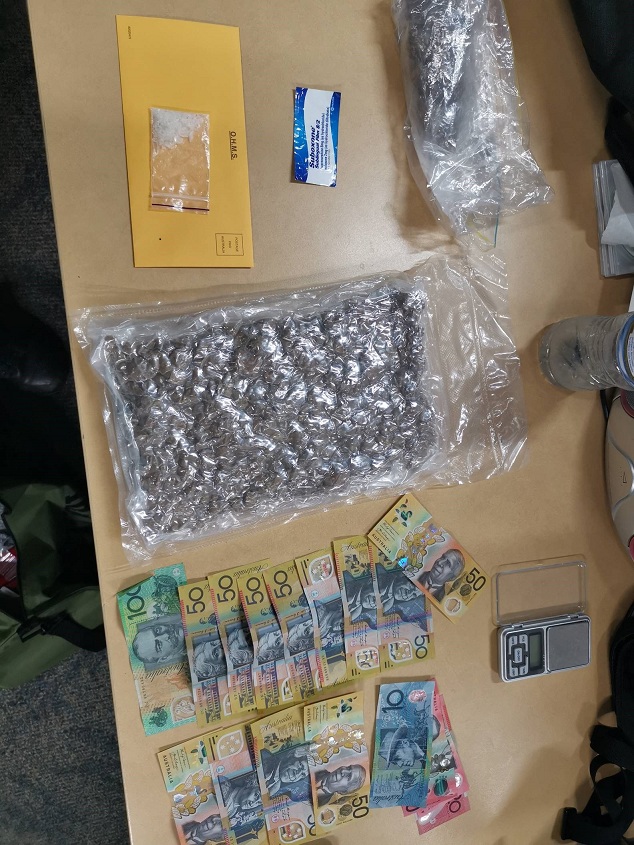 A Smithfield police crew was travelling inbound on the Captain Cook Highway near Stratford just before 2pm yesterday when they observed a sedan travelling outbound at speed.

The officers advised a second Smithfield crew, who subsequently attended the area and made patrols of Holloways Beach, locating and intercepting the vehicle on Boronia Street.

Officers spoke with the driver and a male passenger who was later released without charge.

A search of the vehicle allegedly located a significant quantity of cannabis in two packages, a quantity of methylamphetamine, restricted medication and a sum of money.

The property was seized, and the 27-year-old man was charged with a total of eight offences including three counts of possession of a dangerous drug, possession of property suspected of being the proceeds of a drug offence, driving and unregistered/uninsured motor vehicle, unlicenced driving, and using a registration plate from another vehicle.

The man is due to appear in the Cairns Magistrates Court later this morning.