Concern over Brisbane Airport virus case - A traveller has tested positive for COVID-19 after potentially being infectious at Brisbane Airport for four hours.
NSW records 935 new local COVID-19 cases - NSW has reported 935 new locally acquired cases of COVID-19, dipping back under 1000 daily infections, and four deaths.
Thousands miss out on Australia, NZ return - Fifteen flights to Australia from New Zealand, and their highly prized places in hotel quarantine, have sold out in three minutes.
Whopping 56,907 Queenslanders get jab during super Pfizer weekend - Queensland has recorded zero new local cases but two cases both in hotel quarantine. One was acquired overseas and the other is a person from NSW. ...
Further abuse claims against Tas nurse - Two more alleged victims of an accused pedophile nurse are suing the Tasmanian Health Service, with one of the young women claiming she was sedated an ...
Aussie swim gold medallist has COVID-19 - Australian Olympic swimming gold medallist Madi Wilson has been hospitalised after testing positive to COVID-19.
Road rage murder case in Queensland court - An unlicensed driver charged with the hit-and-run murder of a 25-year-old pedestrian south of Brisbane remains behind bars after his case came before ...
Statues stolen from Manunda Cemetery - A woman has been charged over the thefts of statues from the Manunda Cemetery. Police were notified of the crime after a mother noticed a statue m ...
Four hospitalised following separate crashes in Far North - A man and woman have been injured after a motorcycle crashed into a pole at Clifton Beach. The crash happened on Endeavour Road around 8pm Sunday. ...
PM heads to US for Quad leaders' summit - Prime Minister Scott Morrison has departed for the United States for a series of meetings culminating in the first face-to-face Quad leaders' summit. 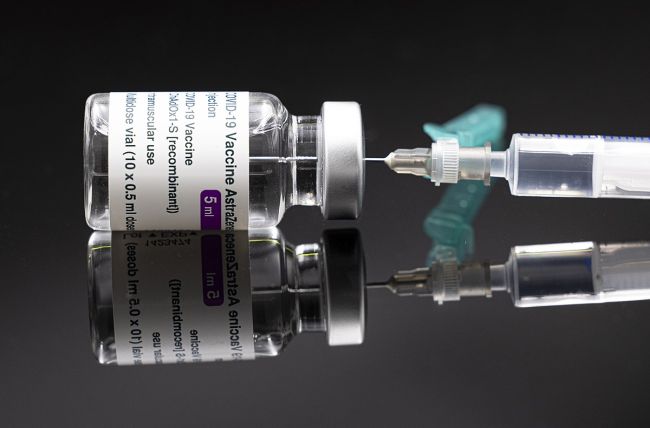 Coronavirus hospitalisations in Australia's biggest cities are on the rise as the nation edges towards 70 per cent first-dose vaccination coverage.

Sydney's major outbreak continues to claim lives and cause serious illness with 1253 patients in NSW hospitals including 231 requiring intensive care.

The overwhelmingly majority are not fully vaccinated.

There are 158 people hospitalised in Victoria, including 45 in ICU, as the virus spreads in Melbourne.

Just one patient is fully vaccinated.

Australia is expected to pass 70 per cent first dose vaccination coverage for people aged 16 and above by the end of this week.

More than 43 per cent of over-16's have full protection with Labor leader Anthony Albanese blaming the Morrison government's slow rollout for lockdowns.

"It always was a race. Now there are real consequences of us having run last in that race," he told reporters in Sydney.

Health Minister Greg Hunt said fewer than 400,000 people needed to come forward for a jab this week to propel the nation past 70 per cent first-dose immunisation.

In NSW, there were 1127 new cases, the state's lowest rise in almost two weeks but health authorities believe it's too early to predict a downward trend.

The two latest deaths took the state's toll for this outbreak to 186.

Victoria reported 445 new cases and two deaths, bringing its toll from the current outbreak to six.

The ACT's lockdown has been extended for another four weeks until at least mid-October after the ACT recorded another 22 cases.

Plans for returning Australians to quarantine in homes continue to be advanced.

Jane Halton, who is reviewing isolation arrangements for a second time, believes home quarantine will be viable once the nation hits 80 per cent double-dose vaccination coverage.

"I'm hoping that we can have systems up and running certainly in test arrangements well before Christmas," she told ABC radio.

"That's the carrot. If we hit that 80 per cent double-vaccinated point then we should be able to have these arrangements up and running."

Not all people arriving in the country will be able to access home quarantine, which will save travellers thousands on hotel bills and costs from other facilities.

Mr Hunt said the SA app was a breakthrough and praised the ACT government's approach to home isolation for politicians and other essential workers.

A digital border declaration to replace arrival cards is also being worked on to include travellers' vaccination status.

"We want to see Australians be able to travel overseas at the earliest possible time," Mr Hunt said.

Business will also be able to apply for approval to deliver coronavirus vaccines at work, similar to flu jabs.

Western Australia is opening Pfizer appointments to all people aged 12 and over after scrapping the over-60 age limit.