India gears up to give all adults vaccine 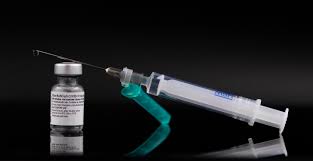 India has opened vaccinations to all adults in hopes of taming a monstrous spike in COVID-19 infections.

The world's largest maker of vaccines was still short of critical supplies - the result of lagging manufacturing and raw material shortages that delayed the roll-out in several states.

And even in places where the shots were in stock, the country's wide economic disparities made access to the vaccine inconsistent.

The country's ambitious effort was also partly overshadowed on Saturday by a fire in a COVID-19 ward in western India that killed 18 patients and the reported deaths of eight patients at a New Delhi hospital after it ran short of oxygen supplies.

That report, from the Press Trust of India news agency, could not be immediately confirmed with hospital authorities.

Also on Saturday, the country received its first batch of Sputnik V vaccines imported from Russia.

Only a fraction of India's population will be able to afford the prices charged by private hospitals for vaccines, experts said, meaning that states will be saddled with immunising the 600 million Indian adults younger than 45 while the federal government gives shots to 300 million health care and front-line workers and people older than 45.

So far, government vaccines have been free and private hospitals have been permitted to sell shots at a price capped at 250 rupees ($A4).

That will now change: prices for state governments and private hospitals will be determined by vaccine companies.

Some states might not be able to provide vaccines for free since they are paying twice as much as the federal government for the same shot and prices at private hospitals could rise.

Since state governments and private players compete for shots in the same marketplace, and states pay less for the doses, vaccine makers can reap more profit by selling to the private sector, said Chandrakant Lahariya, a health policy expert.

That cost can then be passed on to people receiving the shots, increasing inequity.

"There is no logic that two different governments should be paying two prices," he said.

Concerns that pricing issues could deepen inequities are only the most recent hitch in India's sluggish immunisation efforts.

Less than 2 per cent of the population has been fully immunised against COVID-19 and about 10 per cent has received a single dose.

Immunisation rates have also fallen, with the average number of shots per day dipping from 3.6 million in early April to less than 2.5 million right now.

In the worst-hit state of Maharashtra, the health minister promised free vaccines for those ages 18 to 44 but he also acknowledged that the shortage of doses meant immunisation would not start as planned on Saturday.

States say the paucity of shots is one reason why immunisations have declined.